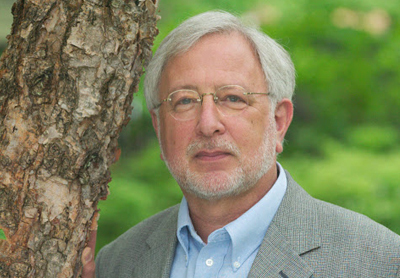 Since 1988, I have worked with colleagues in Puerto Rico on the effects of urban growth, harvesting of freshwater shrimps and crabs, and intersections of road networks on river networks. We are interested in migratory species and how they move through river networks in search of their food resources following extreme disturbances such as severe droughts. I am also collaborating with Brazilian colleagues in Campo Grande, Mato Grosso do Sul on food webs in spring-fed karst streams that flow into the Pantanal. We focus on relationships between the biodiversity of riparian forest and feeding preferences among stream invertebrates and vertebrates. We are conducting studies of optimal foraging and comparing strengths of interactions among alternative food resources.

I focus on predator-prey interactions among freshwater shrimps and crabs and their gastropod prey. These decapod crustaceans are “selective omnivores” that have distinct feeding preferences even though they consume a large variety of plant and animal food resources.

He received a Ph.D. in Biology from Yale University and A.B. degree from Washington University. His research focuses on impacts of droughts, floods and hurricanes on freshwater ecosystem services and food webs at river-network scale. Covich is a past-president of the International Association of Ecology, the Ecological Society of America, the American Institute of Biological Sciences, and the North American Benthological Society (now the Society for Freshwater Science).

Covich co-edited three editions of the Ecology and Classification of North American Freshwater Invertebrates, as well as reviews on climate change and drought impacts on ecosystems for Resources for the Future, and book chapters (Water in Crisis, Encyclopedia of Biodiversity, Encyclopedia of Islands, and the Encyclopedia of Hydrologic Processes). He has served on ecosystem review panels for the U.S. National Science Foundation and several international organizations.